What is Bowel Cancer?

Bowel cancer (also known as colorectal cancer) is the second most common cancer for both men and women in Australia. Around 14,000 Australians are diagnosed with bowel cancer each year. Detected early, bowel cancer is one of the most curable cancers. Unfortunately it usually doesn’t cause symptoms until advanced and difficult to treat. Screening detects tiny amounts of blood that leak into the colon from polyps or cancers before symptoms have developed.

Bowel cancers develop when environmental factors interact with a person’s inherited susceptibility. The majority of bowel cancers develop from a type of growth in the large intestine called an adenomatous polyp. These polyps can slowly change, usually taking many years to develop into cancer.

Who is at risk of developing bowel cancer?

Those at average risk for bowel cancer should begin screening at age 50. Bowel cancer is rarely found in people under the age of 50.

Several methods can be used for screening. A person’s preference and the recommendation of their doctor/specialist should determine which test is used, at what age screening should start and how frequently they should be screened.

The National Bowel Screening Program offers free bowel cancer screening to adults at ages 50, 55, 60, 65, 70 and 74. In 2017-18 the Program will be expanded to include biennial screenings, consistent with the recommendations of the National Health and Medical Research Council.

Immunochemical faecal occult blood test (FOBT). An immunochemical FOBT test looks for hidden (occult) blood in the stool (faeces). Blood in the stool can be caused by a variety of conditions; bowel cancer is only one of them. The immunochemical FOBT uses a chemical reaction to detect blood in tiny samples of stool(or toilet water near it) that have been placed on a sample card. Faecal samples can be collected in the privacy of your own home and mailed to a pathology lab for analysis. This is done twice on two different days. Those eligible to participate in the National Bowel Screening Program can undertake the FOBT test free or charge. The test results are sent to the person completing the test as well as their nominated doctor. Individuals undergoing the test as part of the National Bowel Screening Program will also have their results forwarded to the Program Register. Those who return a positive test result will be advised to contact their GP to discuss the result. A colonoscopy is likely to then be recommended.

Colonoscopy. A specialist uses a slender, flexible lighted tube that is inserted into the rectum to examine the entire large bowel. If a polyp is found, it can be removed during the procedure. Before a colonoscopy, the entire colon must be emptied with a 3 day “bowel prep” protocol.  A colonoscopy can be uncomfortable, so a light general anaesthetic is usually used to make you feel sleepy during the procedure. A colonoscopy takes about 30 minutes, but may take longer if a polyp is removed. For individuals at an increased risk of developing bowel cancer, a colonoscopy may be recommended every five years, or more frequently. For these individuals it may become the preferred.

Our doctors know how common bowel cancers are. They are aware that, detected early, most can be cured. Apart from the special high-risk groups already mentioned, there is evidence of increased risk related to diets high in red/processed meat, smoking, excess alcohol and obesity. While we cannot change our genetic predisposition we can work on these other environmental risk factors. Good doctors will work with you to help reduce these risks. They will also encourage you to take seriously, and, act upon worrying information in your family’s medical history.

The newer FOBT screening kits make bowel cancer screening quick and easy to do in the privacy of your own home. We provide these kits at the clinic for you to take away. You post the sample to a testing laboratory and the test is done for a small cost. The results are returned to both you and your nominated doctor. In most cases, if your test returns a positive result this does not mean you have bowel cancer. Our doctors understand that this can cause anxiety and will help you through the process of finding a specialist for a definitive colonoscopy.

Bowel cancer screening is too important to wait for a free five-yearly Government offer. Regular screening (1-2 yearly is advised) reduces the risk of dying from bowel cancer. Next time you visit your doctor at Globe Medical, for whatever reason, if you are over fifty ask for a bowel cancer screening kit.  If, whatever your age, you discover that you may have a genetic reason to be at higher risk than average for bowel cancer, please make an appointment with one of our doctors. Anyone who develops symptoms such as tiredness, abdominal pain, blood in their bowel motions or a change in their usual pattern of going to the toilet (called “a change of bowel habit”) should never delay seeing their doctor. 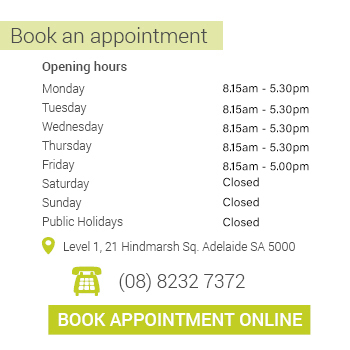