Q&A about Hepatitis A outbreak and Frozen Berries, with Dr Bob Kass 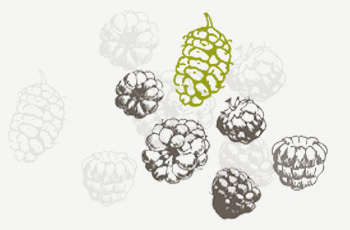 Globe Medical has received several enquiries recently about  Hepatitis A and packaged frozen berries recalls. A growing number of people have been diagnosed with Hepatitis A after consuming Nanna's or Creative Gourmet frozen berry varieties that were identified as the likely source in the early cases.

1. Frozen berries sold in Australian supermarkets are infecting people with Hepatitis A... How could this happen?

Hepatitis A is transmitted through sewage (waste water)- contaminated food and water and is a common disease threat for travellers to less developed parts of the world, says Dr Kass.

“When providing travel medicine advice, we talk about Hepatitis A continuously because our travellers go from an environment where we can ensure good  sanitation infrastructure into one where this may not exist."

At this stage, it is unknown how the berries of overseas origin (China and Chile), became contaminated, but the following are possibilities.

Water used to irrigate or wash the berries could have been contaminated, either at its source or along the supply line, by waste from nearby human habitation. The berries are snap frozen and the virus would stay on them. If  heavily infected water was involved, a lot of fruit end-product would be infected.

Alternatively, the source could be a single infected worker, mildly unwell or recovering from Hepatitis A and still excreting the virus from his or her gut. That person may not have washed their hands well after using the toilet, thus contaminating any berries they handled. In this scenario you would expect only a small proportion of the product to be affected. We just don’t know."

Even though the berries are frozen, freezing does not kill Hepatitis A or, for that matter, many other germs.

"The virus will still be there in frozen berries, freezing doesn’t get rid of the virus, but slows down its replication until it defrosts.” says Dr. Kass.

Only a small proportion of people who have consumed the potentially contaminated berries have become ill. Monitor yourself and others who consumed the product for symptoms of fever, nausea or abdominal discomfort. Symptoms may appear between 15 and 50 days after catching the virus from eating the product. If symptoms appear, see your doctor immediately.

Dr Kass says that the disease is unlikely to spread if those who are ill practice good hygiene, washing their hands thoroughly, drying with their own towels or paper towels and not preparing food for others while sick. This is sometimes difficult to achieve with young children present in the household. Usually household contacts of a case are offered Hepatitis A vaccination to protect them.

People who have consumed the recall items may have already been vaccinated against Hepatitis A for overseas travel. (Check your vaccine records.) As this vaccine is extremely effective, vaccinated individuals will not get sick if exposed to Hepatitis A. The vaccine would also work if given early in the incubation period ( within a couple of weeks of eating the product). This would be up to the individual to fund because, overall, the chance of the illness occurring from even the recalled products is so small.

3. For anyone who hasn't eaten the recalled product.... Should they still be concerned, now or into the future?

The Department of Health advises against consuming the recalled products:

Do not eat the recalled products. If you wish, you can take the packet to the place of purchase and you may receive a refund. Otherwise, discard the product.

If  concerned, Dr Kass encourages people to be patient and let the Australian Department of Health conduct their investigation before making any future decisions.

“We don’t yet know the scale of this outbreak. It could have been just one batch infected."

4. Do you think the food labeling laws in Australia need tightening? What is your message for food consumers?

“I think that, with global sourcing and packaging of products, food labeling is becoming an increasingly contentious issue"

“It is important that we know where food is sourced and whether or not food is being prepared in a way equivalent to Australian standards."

“We’re very fortunate in Australia, we are affluent enough to manage our effluent! This of course increases the costs of home-based production.  We also have a very good public health system in Australia. Outbreaks like this are picked up and acted upon very quickly."

"If the consumer knows the country of origin, and is less than confident, they could safely use the item in a well-cooked dish just as we advise travellers to do."

5. If someone can catch Hepatitis A from food sold in Australia, why isn't a vaccine available free in Australia?

“You have to look at the true risk to the community."

“Hepatitis A rates in Australia are only 2 per 100,000 population per year. When you’ve got rates as low as that, and a disease that is rarely life-threatening, it’s hard to justify vaccinating everyone in the country with a moderately expensive vaccine."

"By comparison, in much of Africa, the virus is so common in food and water that most people acquire immunity as toddlers, without being obviously sick." In countries transitioning to first world infrastructure, outbreaks affect non-immune adults. This is probably the case in rural China".

6. Under what circumstances is Hepatitis A vaccine recommended for all overseas travel?  Why?

Hepatitis A vaccine is essential for people prior to travelling to developing countries.

“It's the one vaccine, apart from those considered routine in childhood, that is an absolute necessity for people travelling to less developed countries."

"Even if you stay in a resort hotel in Phuket or Bali, you're not completely without risk of catching Hepatitis A."

Most people recover completely from hepatitis A infection with time and rest. Older people who catch it tend to get it more severely. Even a fit young adult can, nonetheless, take several months to feel one hundred percent. A recovering liver will not accept a normal diet for several months. The average time of convalescence could be 4 or 5 weeks.  For most of us these days, resting for 5 weeks is not an option.