Doctor, can I prevent Shingles?

As of November 2016 the shingles vaccine will be funded on the National Immunisation Program for all adults at 70 years of age as part of a National Shingles Vaccination Program (NSVP). A single catch-up dose will also be funded for adults aged 71–79 years for a 5-year period.

For those over the age of 60 but not eligible for the government funded shingles vaccine (Zostavax), private vaccines are available to purchase - we recommend having a discussion with your GP regarding your personal risk, circumstances and cost / benefit..

Globe Medical is currently stocking and selling Zostavax for $229.80. The vaccine is registered for use in anyone aged over 50 years. Private Health rebates may apply for private vaccines. Please check with your private health insurer for more information about pharmacy rebates.

Shingles is a common health complaint in older Australians. It is caused by the Chickenpox virus, Herpes Zoster (also known as varicella-zoster virus, VZV). Almost 30% of the population will experience a bout of shingles during their lifetime – most over the age of 60 years. It can be a painful and debilitating condition, especially if it involves sensitive areas such as the ear or eye, or covers a large area of skin. 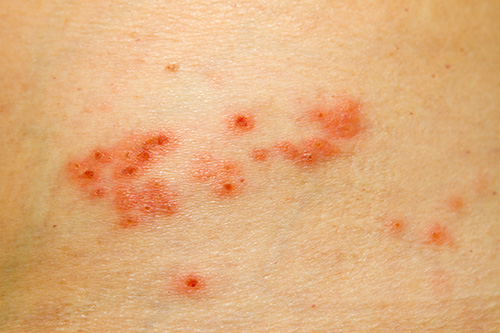 Herpes Zoster Ophthalmicus affecting the trigeminal nerve on the forehead can be particularly dangerous to the eyesight. http://dermnetnz.org/viral/herpes-zoster.html

After a bout of Chickenpox, the virus lies dormant in our nerve roots along the spinal cord.  Shingles is caused by a reactivation of this virus along the patch of skin supplied by that nerve root. What triggers this reactivation is unclear.  Age is a factor. It is also more common in those with immunosuppressive diseases such as cancer, or those taking medications which suppress the immune system.  It is unusual to have more than one episode of shingles in a lifetime.

In the past, Chickenpox has been a “growing up disease” in Australia. Almost all people over the age of 40 years are immune when tested because they had it as children. It was unusual to have escaped exposure as a child.  Everyone who has had chickenpox is at risk of shingles and those who have escaped chickenpox as a child can be at risk of a bout of adult "primary" chickenpox. Primary chickenpox can result in over 200 fluid filled blisters all over the body and complications such as pneumonia. The lesions can also leave scars after healing. A non-immune person can catch chickenpox from either a person with chickenpox or shingles. Shingles, on the other hand, is a later relapse of your own retained chickenpox virus.

Chickenpox vaccination is now part of the childhood immunisation schedule. Very few people will be non-immune adults.  Those who elect not to vaccinate their children may be deferring chickenpox to an older age where it can be much more severe. The vaccination is not 100 percent effective and, while it is possible to catch wild chickenpox if vaccinated, the case is likely to very mild and the likelihood of later severe shingles much less likely. The down side of vaccinating our young is that our elders are less likely to boost their own immunity by exposure to grandchildren with chickenpox.

Can we vaccinate to prevent Shingles?

The short answer is yes!   A vaccine ( stronger than the chickenpox vaccine) is available to provide  than immune boost to our elders.

Zostavax has been available for a number of years and is recommended for use in those over the age of 60 years. In a clinical trial it reduced the risk of shingles by more than 50%. When shingles did occur,  the development of chronic nerve pain (post – herpetic neuralgia) was  67% less likely.

The vaccine is also approved for use in those aged between 50 and 60 years and there is likely benefit in those over 69 years.

Why is the uptake of the vaccine low?

It is not widely known that there is a vaccine against shingles.  The vaccine is expensive and this can be a major barrier for many.  A rebate may be available through private health funds.

UPDATE: As of the 1st of November the government is now funding the shingles vaccine for those 70 - 79 years of age.

Do we see reactions to the vaccine?

No serious side effects have been identified with the shingles vaccine.  The most common side effects are local redness, soreness or swelling. Occasionally there is itching. The vaccine does not contain mercury.

Are there people who should NOT receive the vaccine?

If you have had shingles previously should you have the vaccine?

Further bouts of shingles are still possible after an initial episode. Zostavax might be recommended if you are over 60 years and 12 months have elapsed since the shingles diagnosis.

Further information may be obtained through your local doctor or an appointment at Globe Medical.