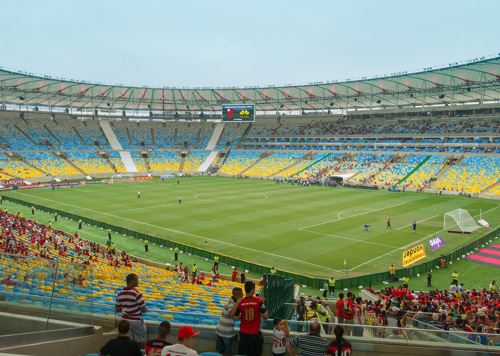 Brazil is the “must visit” tourism destination of 2014.  During June more than 600,000 overseas visitors will experience the thrill of attending a Football World Cup. It will be held in 12 major urban locations.  Many will also use the opportunity to visit other spectacular destinations in country including Iguassu Falls and the Amazon. Some will consider destinations further afield such as Macchu Picchu (Peru) and even the Galapagos (Ecuador).  While much attention must be given to stadium and airline tickets, visa and accommodation, health issues must not be forgotten.

To advise travellers that they will be faced with “developing world’ conditions similar to Africa will mean a few common health messages relating to “eating and drinking safely”, “mosquito avoidance” and common sense in regard to security may be lost. In many locations visitors to Brazil will experience conditions little different to their home…...massive stadiums, first class hotels, helpful police and fast food services. Any advice should reflect this reality and also the fact they will not have to venture too far from the “well off areas” to experience areas of extreme poverty and observe third world health issues……dysentery, malaria, TB etc.

Brazil is a middle income country which has extremes of poverty and wealth. It is the world's seventh wealthiest economy. Much has been achieved over the last 10 years with levels of poverty, defined as people living on $2 per day, being halved from more than 10% in 2003. Less than 2% live in extreme poverty.

Stayng healthy while away is an important aspect of making any trip an enjoyable one.  Before visiting Brazil you may need to have a number of vaccinations.  Some may be routine (recommended for any destination) while others may relate only to this country / region.

Ideally you should see a health service provider 4-6 weeks before leaving to allow time for the vaccines to take effect. Even if you have limited time it is still sensible to visit a health care provider. It is also sensible that you pick up important medications for the management of common travel-related illness. A number of these are covered under "General Health Advice".

If you are currently taking medications for an ongoing medical issue, make sure you are carrying adequate supplies and you know the generic name of the medication.

If your travel plans involve more than one country, be sure to let your health-care provider know so that you can receive the appropriate vaccinations and information for all of your destinations. Those intending to stay long-term overseas or be residents abroad, may also need additional vaccinations.

Yellow Fever is a disease risk in Brazil and a Yellow Fever certificate may be required. Transmission of Malaria also occurs in Brazil. For more information about both Yellow Fever and Malaria, visit our Interactive Travel Planner.

The following summary should not be considered as a substitute for professional medical advice. People differ in their past medical and vaccination history as well as their past experience in travel. Specific advice can only be given in consultation with a health professional.

Globe Medical provides all travellers with a complimentary Little Book. It can also be purchased online. Just the same size as your passport, this little book provides a comprehensive summary on how to stay healthy while overseas. 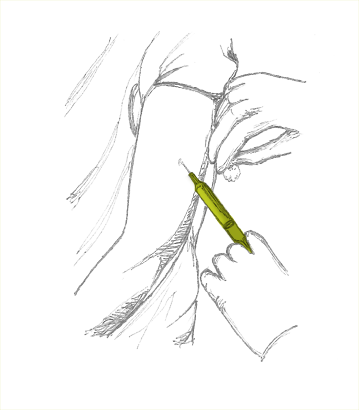 For more information about recommended vaccinations for Brazil, visit our Interactive Travel Planner.

What is Yellow Fever (YF)? 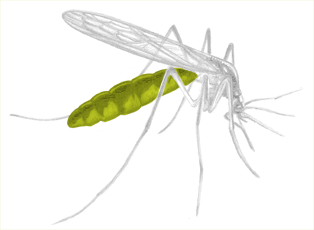 YF is a very severe, haemorrhagic and often fatal tropical disease, caused by the YF virus. It is transmitted by a specific mosquito species called AedesEgypti.  Monkeys also suffer from this infection. The disease occurs in the African tropics and was once wide spread in the Americas. Fortunately, thanks to the work of American and Cuban researchers in the early 20th century, a combination of mosquito control and vaccination programs it has now largely eliminated the disease from urban areas of the American tropics. Most of the annual 30,000 (estimated)global YF deaths occur in the African tropics.

The countries in South America where there is a risk of getting YF are:

* denotes those countries reporting cases in recent years. In 2012 there were 15 cases and 9 deaths in South America due to YF.

There has been no urban Yellow Fever in Brazil since 1942.

Am I likley to catch Yellow Fever in South America?

The chance of catching YF on a standard trip to South America is extremely low. Those spending time in rainforest areas of the countries named above are at more risk than those watching soccer matches in urban centres.  Fatal cases of YF have occurred in unvaccinated tourists visiting rain forest areas.

YF vaccine is subject to World Health Organization’s (WHO)International Health Regulations (IHR), which means that a country’s quarantine and customs authority is entitled to deny entry to a traveller arriving without proof of YF vaccination (The International Certificate of Vaccination).

This is usually enacted by countries that have the appropriate mosquito vector (Aedes Egypti) for the human transmission of the YF virus. They are concerned about the possible introduction of the virus into their mosquito population by a traveller incubating the illness. This would mean that the traveller was entering their country within six days of leaving an endemic zone country of South America or Africa.  Australia has such a requirement, as do many countries located in the tropics. An Australian citizen arriving without the correct documentation will not be denied entry to Australia but may be counseled and delayed at Customs and Immigration if arriving within 6 days of leaving, for example, Brazil. Were they to arrive at the border of another country with such a requirement, they may be denied entry. When deciding whether you should have the YF vaccine before leaving home you need to carefully check your plans.

The easiest way to check this is to refer to the following WHO link, which lists both countries with disease risk and those with IHR requirement: www.who.int/ith/chapters/ith2012en_annexes.pdf

Traveller 1 is going only to Rio and Sao Paulo, then on to New York. He doesn’t need the YF vaccine for either protection or IHR.

Traveller 2 is attending soccer matches in coastal urban Brazil, then taking a tour of Iguassu Falls and returning home to Adelaide via a few days in South Africa. She should have the YF vaccine for both protection and IHR reasons. South Africa will demand the certificate.

About the YF Vaccine

The YF vaccine is extremely effective and the protection is long lasting.  As with other live attenuated vaccines, side effects resemble a mild version of the illness. In this case that may be fever, headache, malaise and aching. This occurs in about 10% of recipients some time between 3 and 8 days from vaccination. For this reason it is unwise to be vaccinated at the last minute before your trip. Very rarely, severe adverse effects of a neurological or organ failure type can result in hospitalization, even death.  The rates of these occurring are higher in elderly people but may also be related to unusual immune responses that cannot be predicted.

Some people should not receive the YF vaccine…pregnant women, those with severe egg allergy, those with immune deficiency due to medications or medical conditions and those with disorders of the thymus such as myasthenia gravis.  It is very important that you disclose any health conditions in your past as well as present to the doctor prior to YF vaccination. When the doctor considers that the vaccine itself may pose more risk to you than the chance of catching YF, they may issue a certificate of YF vaccine exemption on medical grounds.

For more information about Yellow Fever and the YF vaccine, visit our Interactive Travel Planner.