Prior to undertaking his medical training Michael had worked as a medical research scientist, hospital scientist, dental surgeon and university clinical academic. He joined the Australian Army through the medical scheme where he subsequently qualified in numerous specialist and regimental ADF courses including underwater and aviation medicine. Throughout his service, Michael gain considerable experience in both aviation medicine and aero medical evacuation at both the RAAF Tindal and RAAF Darwin.

Michael served in East Timor with the 5th Aviation Regiment as the AME MO in 2003, for which he was award the Australian Active Service Medal. He later deployed with OP Resolute on full time service during Nov 06 to Jan 07 serving on HMAS Adelaide and HMAS Perth as the ships medical officer.  His most recent deployment and military service involved 10 weeks at sea serving on border protection duties with RAN and Border Force vessels.

Upon returning to Adelaide from Darwin Michael was contracted as a clinical aviation medical officer at the RAAF Institute of Aviation Medicine in RAAF Edinburg, as well as returning to community general practice in suburban Adelaide.

Michael joined Globe Medical in mid-2016, where he quickly developed a strong following of general practice patients, in conjunction with establishing himself as a key member of Globe Medical’s corporate and occupational medicine team.

Michael is a CASA Designated Aviation Medical Examiner (DAME) for CASA aviation medicals and renewals. He is also accredited to conduct both Recreational and Commercial Dive Medicals.

Presentation in Occupational medicine at the Internal Medicine Journal of the RACP Congress 2011 Darwin NT. ”Heat illness: the ADF response”

Abstracts:
Foldes, Stacey and De La Lande. (1976)   Evidence for the extra neuronal localisation of histamine in the rabbit aorta.  Proc of the Aust Physiol and Pharmacol Soc , 7, 147 P 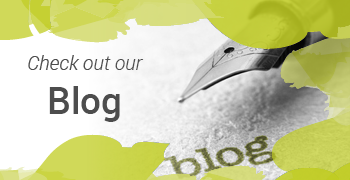